It is with pleasure that we announce the appointment of Jackson Docherty to the role of General Manager of Australian Training Products. 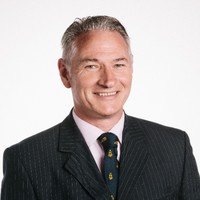 Jackson’s career history includes senior positions in the public and not-for-profit sectors, working both domestically and internationally, to grow businesses and develop partnerships.

He has instigated projects to enhance collaboration between businesses in the Greater Geelong region and academia for the Victorian Government, and also opened new markets for Victoria University’s (VU) Polytechnic in China and Indonesia along with establishing VU’s Education and Technology Precinct in Werribee.

Previously, Jackson served as an army officer in the British Army having been deployed to some of the world’s hot spots like Sierra Leone, Iraq and Afghanistan where he planned operations and led specialist teams throughout his career.

Jackson holds a Master of Arts (Leadership & Management), a Bachelor of Manufacturing Engineering Degree and is also a Project Management Practitioner (PRINCE 2).

Please help us in welcoming Jackson to the Australian Training Products team.